Tonk, or tunk is a matching card game, which combines features of knock rummy and conquian. Tonk is a relatively fast game that can be played during brief periods of time by varying numbers of players. In some places it is a popular pastime for workers on their lunch break.

Tonk is usually played for money, with a stake agreed on before the game starts. Each player pays the stake to the winner of the hand. Games typically involve three to five players. Stakes may be any amount. A game consists of several hands. The players take turns dealing.

A standard fifty-two card deck is used. Each card has a point value: Ace through ten have their face value, aces having a value of one point, deuces a value of two points, and so on. The Jack, Queen, and King are each worth ten points.

Players total up the points in their hand. If a player has 50 points (or 49 in some variations) he says, 'tonk' and immediately wins a double stake from each player. If two players have 50 points the hand is a draw, and another hand is dealt. Some people play that a dealt hand of 11 or lower is also a tonk. In the case where two players are dealt tonk, then a 50 would beat a 49, 11 would beat 50, 10 would beat 11, 9 would beat 10 and so on. If no one tonks, play continues. The player to the left of the dealer begins, and play continues in turn.

The goal of play is to get rid of one's cards by forming them into spreads. A spread is three or four identical cards regardless of suit (such as three 5's or four Queens), or three or more in a row of the same suit. A player may add cards to his own or another's spread. The winner is the first to get rid of all his cards, or the player with the fewest points when play is stopped.

Play stops when a player gets rid of all his cards, if a player tonks and the opponent has equal amount, this leads the second player to win because it is called being 'caught' or when a player drops, by laying his cards face up on the table. A player may drop at any point in the game (some play you can only drop before drawing), including right after the cards are dealt. When a player drops, all the players likewise lay their cards face up. The player with the fewest points in his hand is the winner. If the player who dropped does not have the fewest points, he must pay the stake to each player with fewer points. This is called being caught. In addition, each player pays the stake to the winner. If there is a tie, both players are paid. If the tie is between the player who dropped and another player, the one who dropped is considered caught and must pay double, with the other player being the sole winner.

If the player does not drop, he must take a card from the top or one under from the discard pile or from the stock. The player may then lay face up any spreads, or add to any spreads on the table. If after this the player has no more cards, he says, 'tonk' and wins. Each player pays him a double stake. Some play that a player must spread with six cards to tonk, otherwise the player goes out with zero effectively ending the game but only winning a single stake.

If the stock runs out, play stops. The player with the fewest points in his hand wins, and is paid the stake by each player. If two or more players tie the hand is a draw, and another hand is dealt.

Many variations in play are possible.

Slapping differentiates Tonk from the rest of the gin rummy family. It is an optional component of the game and is changeable by the house rules. Slapping is done when a player sees a card he wants or needs discarded by another player and picks it up, regardless of whether it is his turn or not. When a player slaps, he effectively skips the players between him and the player who discarded the slapped card. Play resumes with the player after the eating player after he has discarded. 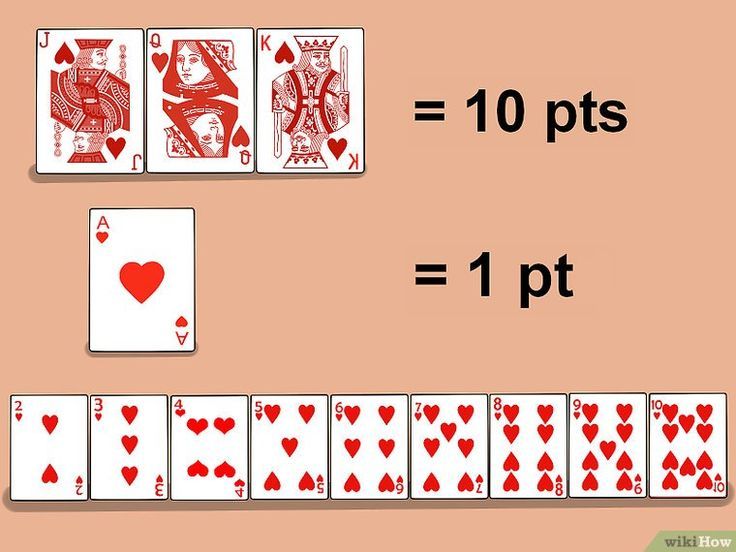 Hitting is a variation of the common laying off of another player's meld (i.e.: you hit an opponent's set of three 10s with the other (10). The card is put with the melds of the player who is receiving the hit. However, when a player 'hits' another player, the player receiving the hit cannot lay down for one turn. Multiple hits result in additional loss of lay downs for turns thereafter. After a player has hit another player, the hitting player is allowed to discard a card from his hand. Once a player's set has been hit and the four cards of that rank are melded, they can be thrown into the discard pile. You cannot spread out.

Tonking out is the preferred method of winning the game. It is achieved by melding or hitting until no cards remain in the player's hand. However, what differs tonking out from running out is that you can not discard your last card; it must either be used in a meld or in a hit. When a game is played for money, tonking out usually results in a double payment. (Tonk out Double). In some variations (usually 2 player), a player who 'Tonks Out' with a run that subsequently allows the other player to Tonk Out on those cards results in a 'Double-Double'. (E.g., a player holding 5 of hearts and 6 of hearts draws the 7 of hearts and Tonks out, while the remaining player is holding 8 of hearts and 9 of hearts and Tonks out as a result of the other players hand resulting in a 'Double-Double' meaning the wager would be increased by 4 times. So a wager of $1 for running out would be $2 for Tonking out(doubles), and $4 for a double double.

Tonk is played with a standard deck of 52 playing cards and each card has a point value in the game. All picture cards are worth 10 points, but aces are worth only 1 point.

If there’s money on the game, then the stakes need to be agreed upon before starting. The usual procedure is for each participating player to put up a fixed amount of money per hand, with the winner of a hand then taking that fixed amount from each player. A game can consist of several hands.

Players then cut the cards to determine who will be the first dealer. Whichever player gets the highest card will deal first, and the deal then passes clockwise on all subsequent hands. 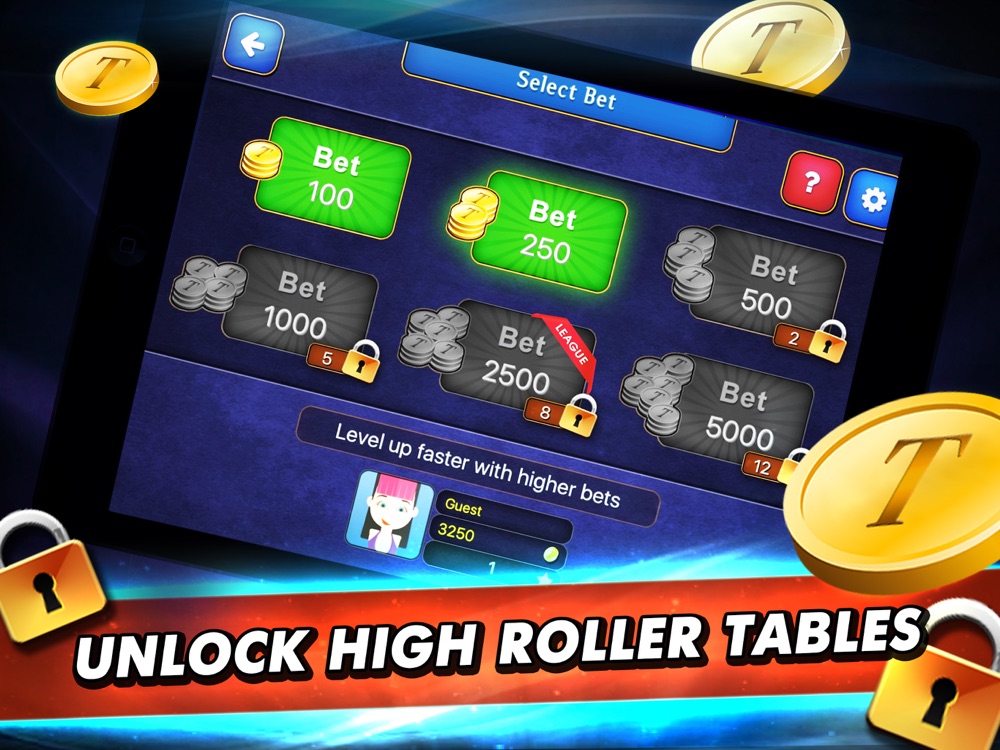 To begin a hand, each player is dealt three, five, seven, or twelve cards face down. The number of cards dealt depends on the number of players taking part.

If a player is dealt cards that give them a total points value of 50, they must declare this immediately. This is known as a tonk, and it wins the hand immediately. When a player wins with a tonk they win double the normal stakes from each player.

If more than one player has a tonk, then it’s a draw; no stakes are paid and another hand is dealt.

Assuming there is no tonk, the dealer turns over the first undealt card face up to start the discard pile. The rest of the undealt cards are placed face down to start the stock pile. Play then starts to the dealers’ left and continues in a clockwise direction.

On their turn, a player must take one card from either the discard pile or the stockpile, and throw away one card by placing it face up on the top of the discard pile. Below is a screenshot from a game of tonk being played online.

When you have a spread in your hand, then you can place that spread down during your turn by laying it down in front of you on the playing surface face up.

During your turn you may also add cards to any spreads you have previously put down or any spreads any other player has put down.

We’ve already mentioned how a hand can be won at the very beginning by having a tonk, but there are other ways to win too.

The standard way to win a hand of tonk is to get rid of all your cards by forming new spreads and/or adding cards to existing spreads.

The first player to do this wins the hand. They are then paid the agreed stake by each of the other players.

5 card flush in cribbage. You can also win a hand by what is known as dropping. This can usually only be done at the start of your turn, before drawing, but some people play rules where you can do this after drawing too.

To drop you must place all of your cards face up on the table, and all the other players must then do the same.

If the total points value of the cards in your hand is lower than anyone else’s, then you win!

If you drop and do not have the lowest points value this is known as being caught. You’ll have to pay the previously agreed stake to each player that has a lower points value than you.

In addition, the player that has the lowest points value is the winner of the hand and receives the agreed stake from each player, including you.

A hand can also be won if the stock pile runs out.

Each player adds up the points value of the cards in their hand, and the player with the lowest value is the winner. They receive the agreed stake from each player.

Other popular card games that are not dissimilar to Tonk include rummy and spades. We have guides to those games, too, on the following pages.

You can play easily both of these games, and Tonk, at home for fun. You can even play for money if you have friends and family that are happy to gamble with you. However, there aren’t many places where you can play these games online for real money.

If you want to gamble online, your best options are to play card games such as blackjack, baccarat, and poker. Here’s a list of online casinos that we recommend if that’s something you’d like to try. These are all safe and reputable places to play, and they all offer bonuses to new customers.